A federal investigation alleged Enrique Prado's involvement in seven murders, yet he was in charge when America outsourced covert killing to a private company. 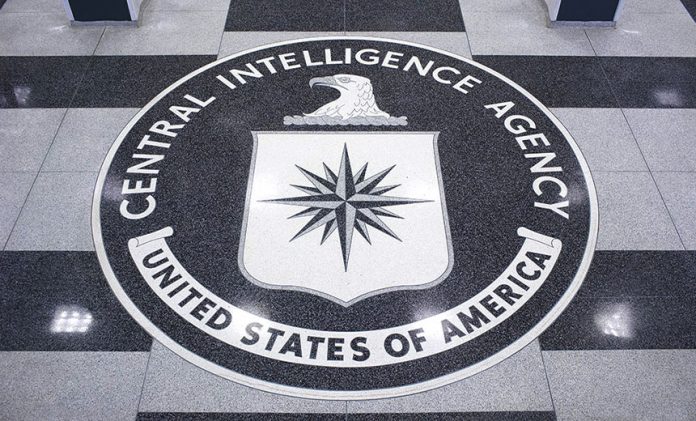 SECRET//NOFORN SECRET//NOFORN i Making High-Value Targeting Operations an Effective Counterinsurgency Tool (C//NF) A CIA review of high-value targeting (HVT) programs worldwidea suggests that HVT operations can play a useful role when they are part of a.

It was one of the biggest secrets of the post-9/11 era: soon after the attacks, President Bush gave the CIA permission to create a top secret assassination unit to find and kill Al Qaeda operatives. The program was kept from Congress for seven years. And when Leon Panetta told legislators about it in 2009, he revealed that the CIA had hired the private security firm Blackwater to help run it. 'The move was historic,' says Evan Wright, the two-time National Magazine Award-winning journalist who wrote Generation Kill. 'It seems to have marked the first time the U.S. government outsourced a covert assassination service to private enterprise.'

The quote is from his e-book How to Get Away With Murder in America, which goes on to note that 'in the past, the CIA was subject to oversight, however tenuous, from the president and Congress,' but that 'President Bush's 2001 executive order severed this line by transferring to the CIA his unique authority to approve assassinations. By removing himself from the decision-making cycle, the president shielded himself -- and all elected authority -- from responsibility should a mission go wrong or be found illegal. When the CIA transferred the assassination unit to Blackwater, it continued the trend. CIA officers would no longer participate in the agency's most violent operations, or witness them. If it practiced any oversight at all, the CIA would rely on Blackwater's self-reporting about missions it conducted. Running operations through Blackwater gave the CIA the power to have people abducted, or killed, with no one in the government being exactly responsible.' None of this is newinformation, though I imagine that many people reading this item are hearing about it for the first time.

The bulk of Wright's e-book (full disclosure: I help edit the website of Byliner, publisher of the e-book) tells the story of Enrique Prado, a high-ranking CIA-officer-turned-Blackwater-employee who oversaw assassination units for both the CIA and the contractor. To whom was this awesome responsibility entrusted? According to Wright's investigation, a federal organized crime squad run out of the Miami-Dade Police Department produced an investigation allegedly tying Prado to seven murders carried out while he worked as a bodyguard for a narco crime boss. At the time, the CIA declared him unavailable for questioning; the investigation was shut down before he was arrested or tried.

There's a lot more to the story -- Wright's e-book is almost 50 pages long -- but this bit is of particular note:

The reporting on Prado's activities at Blackwater produced no evidence that the firm's employees had ever killed anyone on behalf of the CIA. But I spoke to Blackwater employees who insisted that they had. Two Blackwater contractors told me that their firm began conducting assassinations in Afghanistan as early as 2008. They claimed to have participated in such operations -- one in a support role, the other as a 'trigger puller.' The contractors, to whom I spoke in 2009 and 2010, were both ex-Special Forces soldiers who were not particularly bothered by assassination work, although they did question the legality of Blackwater's involvement in it.

According to the 'trigger puller,' he and a partner were selected for one such operation because they were Mexican Americans, whose darker skin enabled them to blend in as Afghan civilians. The first mission he described took place in 2008. He and his partner spent three weeks training outside Kabul, becoming accustomed to walking barefoot like Afghans while toting weapons underneath their jackets. Their mission centered on walking into a market and killing the occupant of a pickup truck, whose identity a CIA case worker had provided to them. They succeeded in their mission, he told me, and moved on to another. This contractor's story didn't completely fit with other accounts about Prado's unit at Blackwater. The e-mail written by Prado and later obtained by the Times seemed to indicate that the unit wouldn't use Americans to carry out actual assassinations. Moreover, two CIA sources insisted that the contractors I spoke to were lying. As one put it, 'These guys are security guards who want to look like Rambo.'*

While Blackwater's covert unit began as a Bush administration story, President Obama now owns it. In 2010, his administration intervened on behalf of the Blackwater executives indicted for weapons trafficking, filing motions to suppress evidence on the grounds that it could compromise national security. The administration then awarded Blackwater (which is now called Academi) a $250 million contract to perform unspecified services for the CIA. At the same time, Obama has publicly taken responsibility for some lethal operations -- the Navy SEALs' sniper attack on Somali pirates, the raid on bin Laden. His aides have also said that he reviews target lists for drone strikes. The president's actions give him the appearance of a man who wants the best of both worlds. He appears as a tough, resolute leader when he announces his role in killings that will likely be popular -- a pirate, a terrorist. But the apparatus for less accountable killings grinds on. 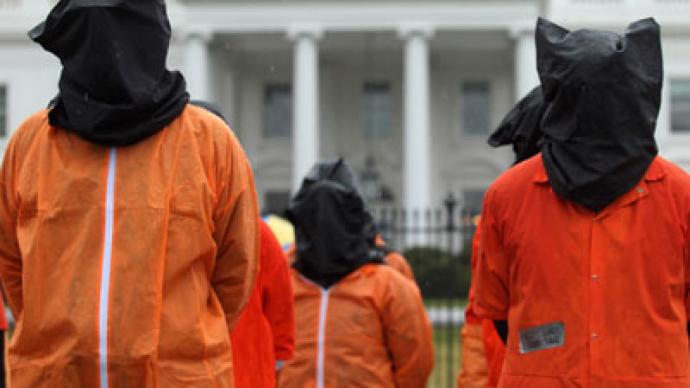 Needless to say, this ought to spark an investigation, but more than that, it should cause Americans to step back and reflect on how vulnerable we've made ourselves to bad actors in the post-9/11 era. We're giving C.I.A. agents and even private security contractors the sort of power no individual should wield. And apparently our screening apparatus turns out to be lacking.

* Update: This post previously included a longer excerpt from this section of Evan Wright's story. In it, a retired Air Force lieutenant colonel is quoted affirming that private security contractors in Afghanistan carry out assassinations for the CIA. After publication, that Air Force lieutenant colonel contacted me to dispute the quote, insisting he had never said anything of the sort. Wright -- who is an experienced journalist and the winner of two National Magazine Awards -- stands by his reporting, as does his publisher. Since I am not in a position to adjudicate the dispute between a reporter and his source, nor to give my readers the information needed to do so, I've cut the relevant paragraph, which was tangential to the rest of the article.
© Getty Americans, Afghan commandos evacuated through secret CIA base outside Kabul: report

U.S. officials reportedly conducted a weeks-long mission last month that evacuated hundreds of American citizens, Afghan special forces and their family members through a secret CIA base outside of Kabul.

The New York Times first reported Wednesday that the CIA base was used in the U.S. military's ongoing evacuations last month, and Politico reported that based on documents and conversations with a senior administration official, a defense official and a congressional official, the mission included U.S. citizens and at-risk Afghans, including Afghan commandos.

A U.S. official, who like the others spoke to Politico on the condition of anonymity to discuss sensitive information, confirmed that the CIA was involved and 'worked closely with other agencies to facilitate in various ways access to the airport for American citizens and Afghans at risk.'

In total, at least 1,000 Afghan commandos and their families were evacuated by the U.S., according to Politico.

Some of those evacuated were reportedly transported by air from the secret CIA compound, called Eagle Base, to the Kabul airport in order to get past crowds that had gathered in the area as thousands of people desperately attempted to flee following the Taliban takeover.

Flight data obtained by Politico showed several helicopter flights traveling from the area around Eagle Base to the Kabul airport starting Aug. 15, the same day the Taliban officially seized control over the capital city.

Video: US soldier loses 1 Afghan translator; fights to save another (Associated Press)

U.S. diplomats who had been relocated to the Kabul airport from the U.S. Embassy reportedly helped with the efforts, as did the Pentagon's Joint Special Operations Command, according to Politico.

Two sources noted that the House Intelligence Committee was briefed about the secret mission in August.

The Hill has reached out to the CIA for comment.

The reports come as the Biden administration has faced bipartisan criticism from lawmakers and advocates over the roughly 100 to 200 U.S. citizens, as well as 150,000 vulnerable Afghan allies, who remain in Afghanistan following the U.S. military's complete withdrawal from the country.

The Afghan allies, including those who assisted the U.S. military in its 20 years of operations in Afghanistan, have expressed concerns about being targeted by the Taliban as retribution for their work, prompting many to go into hiding.

The Biden administration has said that it has evacuated more than 124,000 people from Afghanistan, though many have continued to press President Biden over how he plans to help out those who remain in the country.

Biden continued to stand by his decision to withdraw U.S. troops from Afghanistan this week, explaining that his national security and defense advisers unanimously recommended that continued evacuations would be much safer if done through diplomatic means.