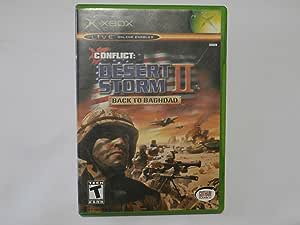 In isolation, Conflict: Desert Storm II is a charming game with some baffling flaws that doesn't really justify its current No.1 billing. As a mission pack at a lower price we'd definitely recommend it on the basis of providing a quick fix to those who enjoyed the original, and be looking forward to a true sequel. Go back to Iraq in Conflict: Desert Storm 2. This is a fun squad-based 3rd person shooter. Lead your squad through many action-packed missions as you try to save the day in many diverse missions.

Conflict: Desert Storm II -- Back to Baghdad is set one year after the events introduced in 2002's Conflict: Desert Storm. The game's focus is on the SAS and Delta Force teams operating in and around Iraq during the time of the Gulf War. Players must lead a squad of soldiers charged with the task of defending Kuwait against the Iraqi invasion. Players will once again need to balance the need for action against the need for survival in a series of 10 missions designed to fulfill operation objectives.

Back to Baghdad takes players further into Kuwait as they try to neutralize scud missile installations, prevent the use of chemical weapons, free prisoners of war, and oust Hussein's Republican Guard from their entrenched position within Kuwait City. Each SAS and Delta Force squad consists of a team leader, combat engineer, sniper, and heavy weapons specialist. Players can freely switch between squad mates as well as issue orders for the team to follow. More equipment, weapons, and vehicle options are available to help players attain their goals.

Conflict: Desert Storm was a resounding triumph for Brit duo Pivotal Games and its publisher SCi, displaying ample proof that squad based shooters needn't be the preserve of the PC, and scored a transatlantic hit with a title that neither sported a flashy license, nor a big budget.

What it did have on its side was great/bad timing to ensure maximum marketing appeal, and the ability to shoot endless Iraqis in desert-based combat. But, most importantly, Conflict: Desert Storm essentially won the hearts of gamers with a series of tense missions and an inspired console-based control system that mapped a multitude of commands to the joypad, somehow turning what could've been a nightmare experience into one of the better titles of 2002. It wasn't perfect, however, sporting a tired-looking graphics engine full of draw distance issues and blurry textures that conspired to dampen initial enthusiasm.

Almost exactly a year after the release of the original, you'll doubtlessly be wondering what facets of the game Pivotal has improved in just 12 months. The truth is, virtually nothing's changed beyond a handful of new weapons, slightly enhanced graphics/animation and an improved mission briefing system. Yes, it's more of the same - an 'if it ain't broke, don't fix it' approach to a sequel and a fine exercise in maximizing the game's sales opportunities as quickly as possible.

For those expecting massive advancements or a radical departure from the original, this will come as a disappointment. A more honest, realistic assessment would be to treat this as a mission pack, and for those who do just want more of the same, you'll come away a satisfied customer.

For those of you who didn't play the original, here's the deal. You get to control a four man SAS or Delta Force squad around various Iraqi/Kuwaiti environments (based in early 1991) using whatever tactics suit the situation, be they stealth or all out aggression. Your squad is comprised of the same battle grizzled soldiers as before, and each member has his specialist area. Bradley, the team leader, is an all rounder and carries the Laser Designator to call in air strikes at predetermined points, Foley is the Sniper of the team, Conners is your Heavy Weapons specialist, while Jones is the Infiltration and Demolitions expert.

As we touched on before, the controls are incredibly slick, allowing you to switch between characters, manage your inventory and issue orders with ease. Basic movement and camera control is assigned to the left and right sticks, respectively, while a canny combination of D-pad and shoulder buttons allows you to, for example, order individual team movements, and actions (fire at will, stand down, hold position) as well as enable you to play swapsies with your often ludicrously large inventory.

It might take a bit of getting used to for complete novices, but after a matter of minutes it feels incredibly natural. The only compromise for console owners is the lack of precision aiming that a mouse gives you, but the auto aimer generally helps out in most situations, although the first person viewpoint and its accompanying zoom function could be better implemented, neither giving you a helpful first person view, nor an especially useful zoom either, unless you're the sniper. 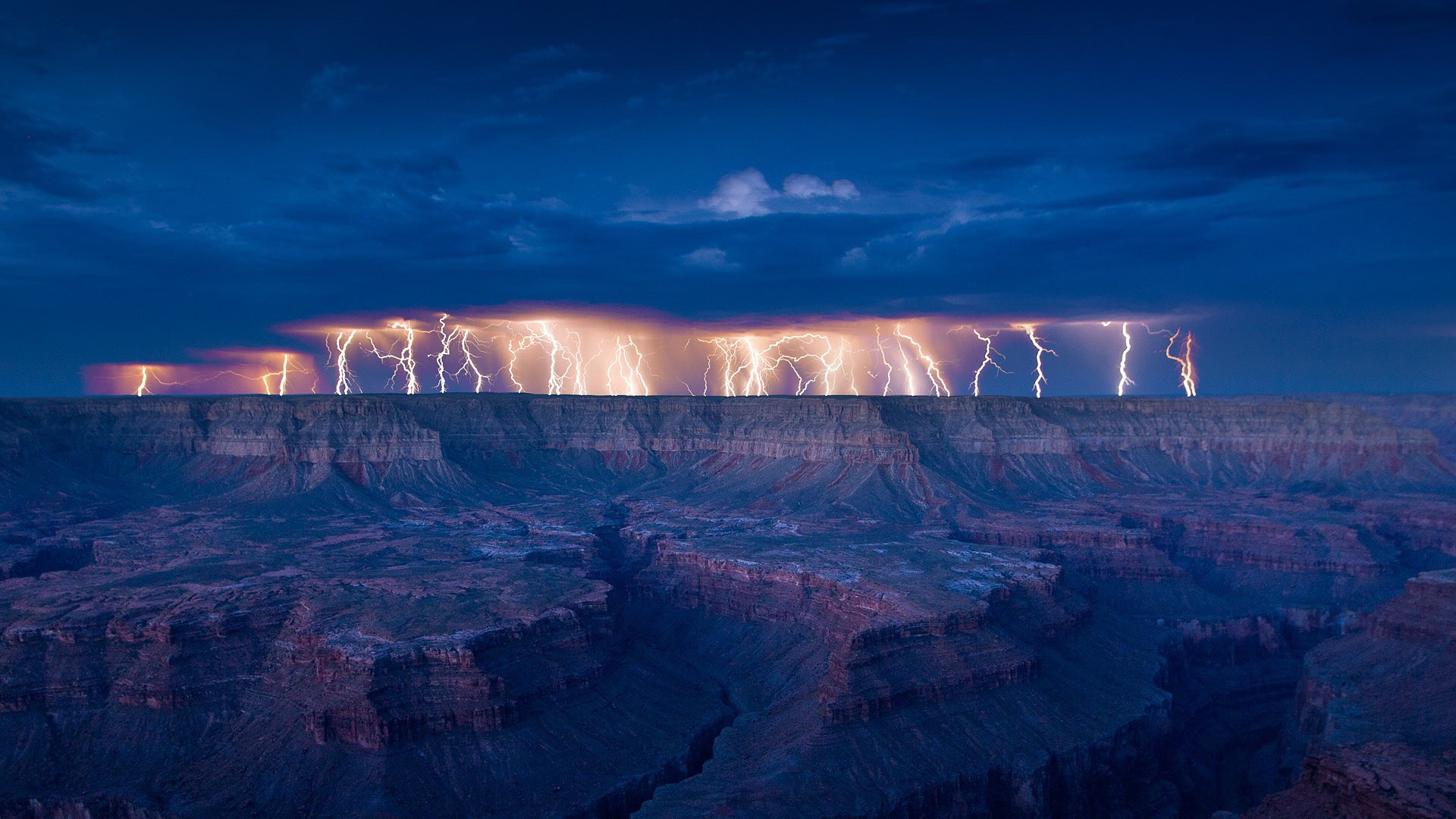 Each of the 14 missions features a series of fairly linear objectives, requiring you to, for example, blow up a series of installations and make your escape. The game itself isn't that difficult, even on the harder settings, but what rather arbitrarily makes it hard is the 'two saves only' system, which forces you to play often much longer without saving than you otherwise would do.

While limited saves do introduce a layer tension that would otherwise be absent, and force the player to be much more skilful with the way that they play, it can get incredibly frustrating at times to find yourself near the end of a level and be forced to play the last 20 minutes all over again. In truth, the game could probably be licked in under eight hours if there was a more forgiving save/checkpoint system, but instead the longevity will be doubled or trebled - but that's assuming you don't just get fed up with having to go over old ground all the time.

To balance things out slightly, Conflict: Desert Storm does allow you to heal team-mates no matter how many times they get blown to smithereens. As long as the character's health bar hasn't diminished to zero, you'll be able to walk up to them and administer a medi pack. Should you all become incapacitated then it's Game Over, but it's good that you're always in with a shout of rescuing a bad situation, however unrealistic that may be in real life. 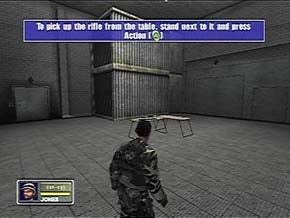 But Conflict: Desert Storm II does inherit other quirks from the original too. For example, if you've already got an AK47 and pick up another one, it will still count as one weapon, not allowing you to give it to a potentially unarmed team-mate. Mystifyingly, you still can't pick up enemy weapons, which comes to a head on one level midway through where Bradley has to make his escape from a POW camp. This works on some levels, but logic should dictate that a trained killer can use foreign weaponry for crying out loud.

On the plus side, both the squad and enemy AI is noticeably improved over the original, with almost no path finding issues to speak of, and a more convincing enemy response making for some decent duck a cover battles from the grenade happy mob that you face. Likewise, your team seems to have a better aim than ever, meaning you're not just ordering around a bunch of dumb lemmings.

All this experience doesn't go to waste, either, with the impressive stats engine able to monitor the exact performance of each solider, rewarding you with ability upgrades once you've passed certain levels. It certainly makes you care a little more for these otherwise faceless soldiers, and keeping them alive becomes more important as you progress. Played in the excellent split-screen co-op mode (two players on PS2, up to four on Xbox and Cube), Conflict: Desert Storm II's team based gameplay lends itself perfectly to building up an affinity with 'your' character.

Visually, Conflict: Desert Storm still doesn't cut the mustard to say the least. Next to, say, Splinter Cell, it's a faintly embarrassing comparison, with a years out of date engine not allowing the art team to flex their abilities beyond decorating the game world with shockingly poor texturing, rudimentary lighting and some sparse particle effects.

The general game architecture also rarely extends to displaying more than basic blocky buildings, unimpressively bland rocky outcrops or cardboard cut out trees. If that wasn't bad enough, problems are compounded by lumbering animation, unbelievably poor cut-scenes, and the total lack of a persistent state, resulting in corpses disappearing and/or spawning before your very eyes.

The audio, as well, smacks of corner cutting, with a consistently repetitive low rent soundtrack that while fairly anonymous, does begin to grate after a few hours. The voiceovers, too, seem too low in the mix, making it hard to hear or understand what's being said at any given time. On the plus side, the presence of regional accents are a welcome addition, ('Fire in the 'ole!'), and the enemy chatter has a pleasing degree of menace to it.

With so many annoyances and quirks still present from the original, it's tempting to lambaste Pivotal for what is an obviously rushed sequel. The news today that it has almost completed work on the third version, and that a fourth version is also planned is something of a mixed blessing. If it can build on what is quite clearly a well-designed concept, then it's a series worth persisting with, because when it hits the peaks it's one of the best squad-based games on consoles (PC owners should hang on for Hidden & Dangerous II). But if it sticks rigidly to the same game mechanics, same game engine and same flaws, then the law of diminishing returns will kick in very quickly.

In isolation, Conflict: Desert Storm II is a charming game with some baffling flaws that doesn't really justify its current No.1 billing. As a mission pack at a lower price we'd definitely recommend it on the basis of providing a quick fix to those who enjoyed the original, and be looking forward to a true sequel. But to release this as a standalone product at full price, providing too few enhancements over the original is not a policy we endorse. It's still an above average game, of that there is no doubt.

Dear Twitpic Community – thank you for all the wonderful photos you have taken over the years. We have now placed Twitpic in an archived state.

Chicken Invaders Cheats, Pc ($6.99/£5.06/AU$10.99) Baba is You brings the PC indie hit to your Android phone … The game also rewards ‘cheats’. leave the track, hurtle through space for a bit, and rejoin – you … Final Fantasy Xi: 2008 Edition Cheats And Cheat Codes, Pc These final fantasy xii The zodiac age cheats are designed to enhance your experience with the game. FINAL FANTASY XV WINDOWS EDITION – Weaving a… Need for … Rollercoaster tycoon: corkscrew follies expansion cheats And Cheat Codes, Pc Nov 09, 1999 · For RollerCoaster
Unreal Cheats And Cheat Codes, Pc To enter these codes, press TAB, then type the desired phrase. * ALLAMMO, gives you 999 ammo for all your guns. * FLY, lets you fly around. * WALK, use this to stop flying or GHOSTING. Marvel Vs. Capcom 2: New Age Of Heroes Cheats And Cheat Codes, Arcade Feb 22, 2017 … PS2 GAME KEY: ? Code: Select all //gametitle=Marvel vs. Capcom 2: New Age of Heroes (SLUS204.86;1) … The Marvel vs. Capcom series has featured a number of secret characters that can only be

Cheatbook Issue 09/2021 will give you tips, hints and tricks for succeeding in many adventure and action PC games to ensure you get the most enjoyable experience. The latest cheat-code tracker includes 459 cheats, 56 console cheats and 11 walkthroughs.

Jun 08, 2021 · Upgrade to Inside PRO risk-free for 30 days. Join Inside PRO to gain access to our Slack community of over 2,500 entrepreneurs and executives, participate in community-only AMAs, and more for only $200 per year – try risk free for 30 days.